×Warning! Your web browser is out of date and you may experience unexpected functionality. We recommend you update your browser to improve security and enhance your experience on this site.
This website uses cookies. Please click here to view our policy.

Integrating Leaflet Advertising During A Pandemic

It is fair to say that 2020 has not panned out as anyone on this planet would have anticipated. Whether you are being impacted positively or negatively by the far-reaching economic impacts of the pandemic, it has been one of a mere handful of truly global experiences.

That being said, the world is seeing change and although we are still in a pandemic, businesses are beginning to re-open and people are again venturing out of their natural habitat ready to visit their local retail outlets, holiday parks, restaurants and bars.

2.2 million people are shielding in the UK which is due to end in August.

People are still cautious, and rightly so. We are all spending more time at home even with offices beginning to open and it is estimated that just under 50% of the UK were still working from home in June 2020.

The question then stands, should we cut back on advertising as we re-open? Should we only spend on one channel and reduce our budgets?

Should I cut my marketing budgets during an economical crisis?

Stats show that businesses who cut their marketing budgets by 50% took up to three years to catch up with competitors who carried on marketing throughout the crisis.

One of the most regularly cited examples comes from perhaps the best historical precedent to where we find ourselves today – the Great Depression of the 1920s. At the start of that decade, Post Cereals was by far the market leader in the breakfast cereal category. When the downturn hit, they cut back on their marketing spend significantly, while their challenger – a company called Kellogg’s – doubled their marketing activity and saw their profits increase by 30%. Kellogg’s was soon the category leader – a position they have held ever since.

The power of print and digital marketing working together

The impact on particular marketing channels during this time has been unprecedented. With the cinemas shut, no cinema advertising could take place. With the city centres and transport systems virtually empty, out of home advertising was significantly impacted. With events and festivals cancelled, the experiential marketing world has experienced a crisis like no other.

Add to this the current boycott of Facebook by a number of significant advertisers due to their obduracy over tackling the hate that peppers their platform and you have an unprecedented shift in the media landscape.

This is, of course, changing as we see the world beginning to re-open. More channels are now becoming available albeit slowly. This, however, provides an opportunity to re-ignite your integrated marketing campaigns.

A Whistl e-commerce client has seen their June Leaflet Advertising deliver a cost per acquisition 38% better than their January campaign. Another saw their April campaign this year outperform the same campaign last year by 41% in terms of response. Printed communications are cutting through more than ever in spite or perhaps because of the increased time being spent by the nation online.

Take the following example from a Whistl client in the home improvement sector. Their business shut down during the pandemic and the following chart shows the leads they achieved in their reopening month of June. They began slowly with an always-on approach online with a mix of PPC and Social Media. These drew a steady flow of leads but in the last week of the month, they sent a leaflet to the homes of their target audience. Nothing else was changed so the impact on leads was both dramatic and instantly attributable. 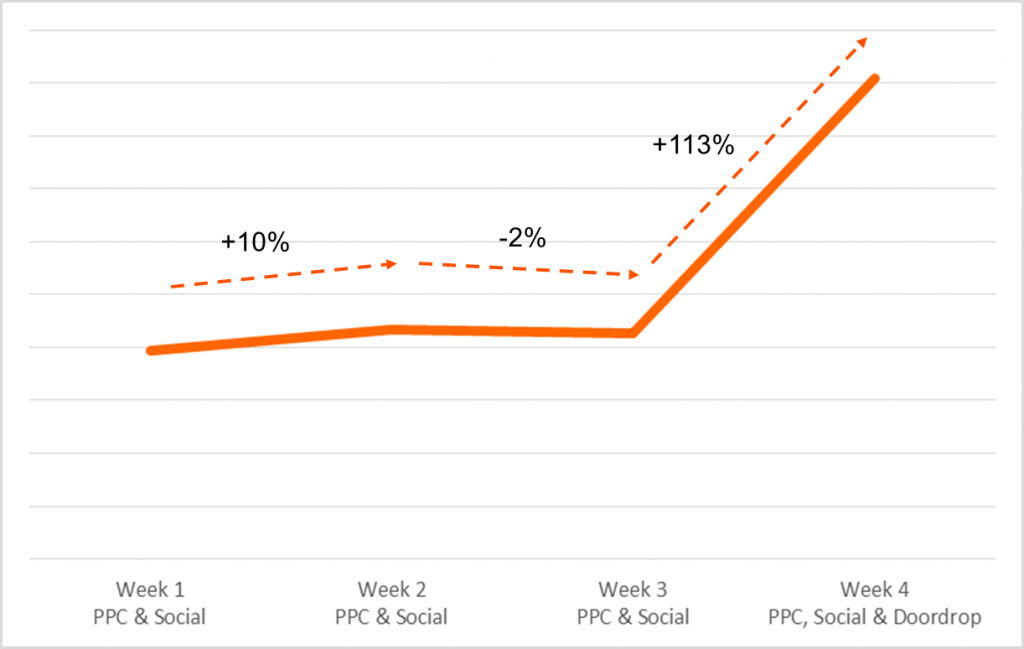 Importantly in this example, only 28% of the response was captured via the telephone number printed on the leaflet but the impact was so stark it encouraged the client to dig deeper than they might otherwise have done in their usual multi-media world where attribution gets harder the more channels are in play.

Geographical analysis of their web response correlating the enquiries to the postcodes that received the doordrop demonstrate that it was the offline marketing that delivered that online response.

Leaflet advertising is a valuable component of any marketing strategy.

A beautiful story of online and offline integration and a key finding for any business who thinks a digital-only marketing strategy will get them the results they need! Indeed, e-commerce is one of the biggest growth sectors we have seen at Leafletdrop since the pandemic began. Retailers have discovered a whole marketing world beyond the internet that is delivering results beyond their expectations.

We are not only seeing this effect from digital businesses though, take a look at our case studies to see how Leafletdrop has helped many others when using leaflet advertising alongside their digital media activity. 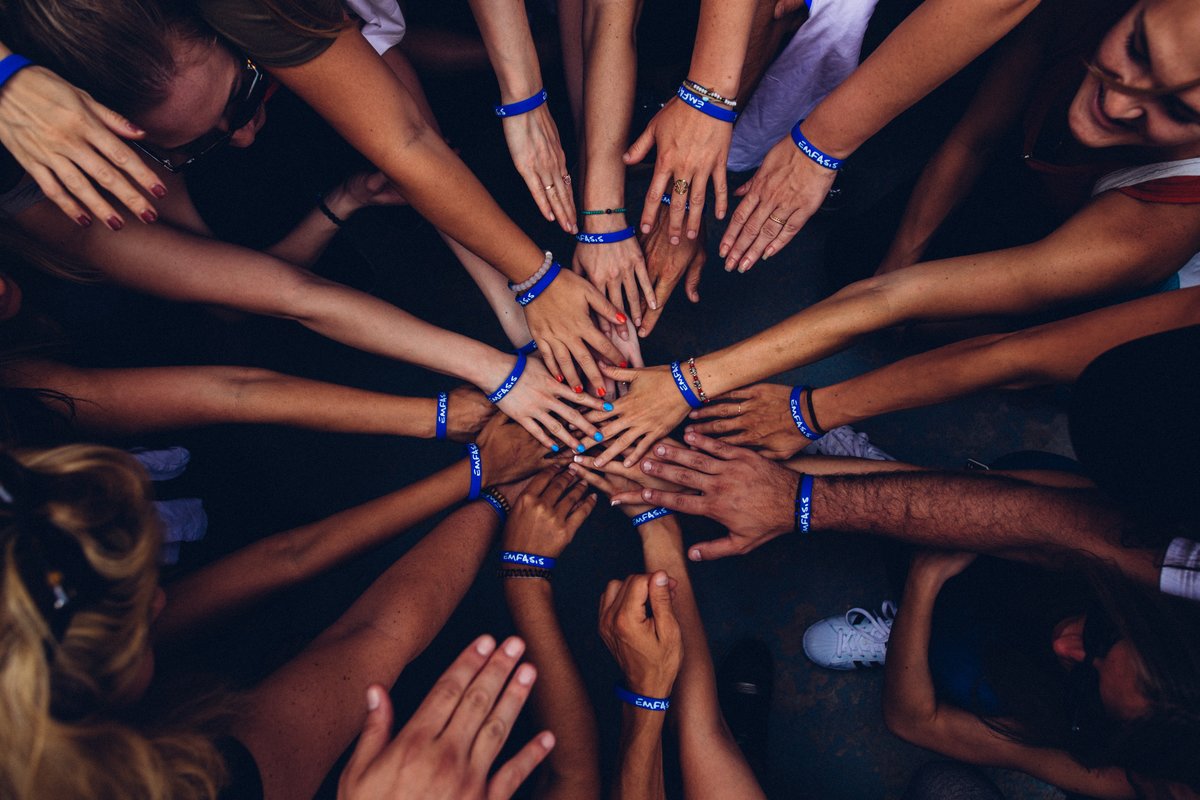 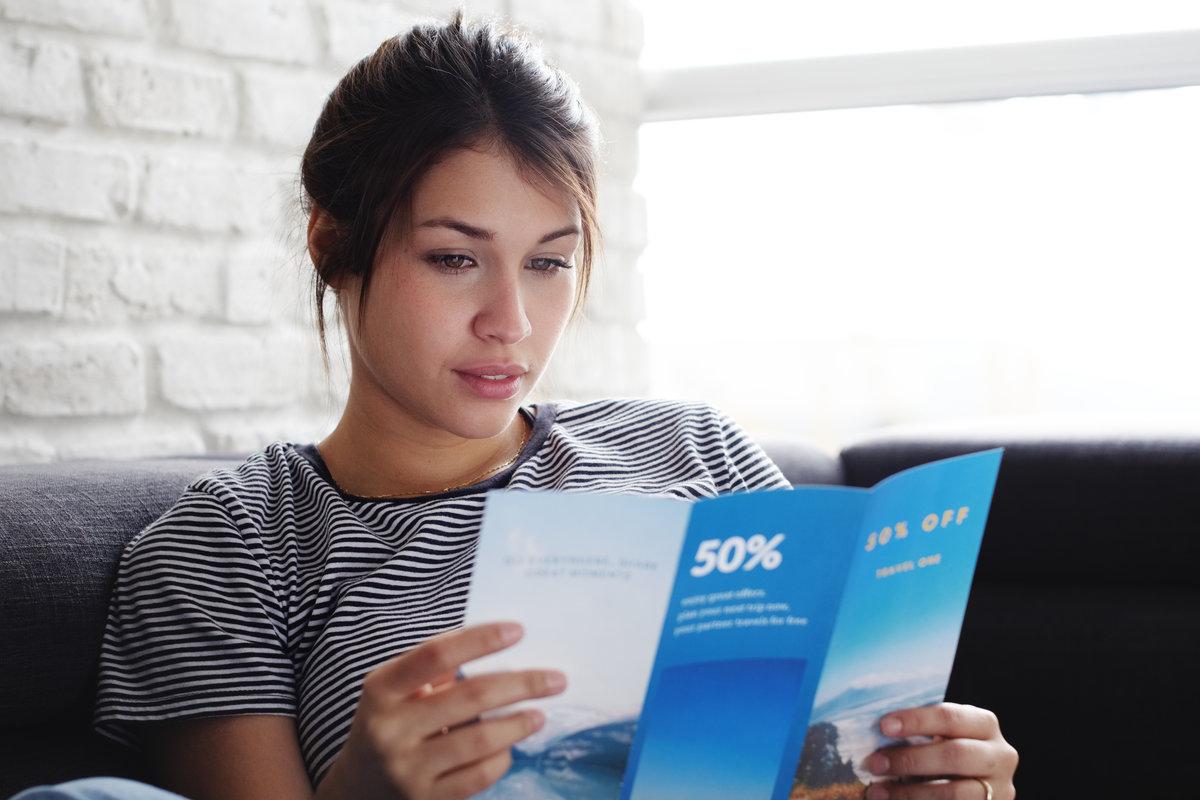 Why are leaflets an effective advertising tool in 2020?

Leafletdrop explains the benefits of leaflet advertising against modern marketing methods and how targeted campaigns can grow your business. 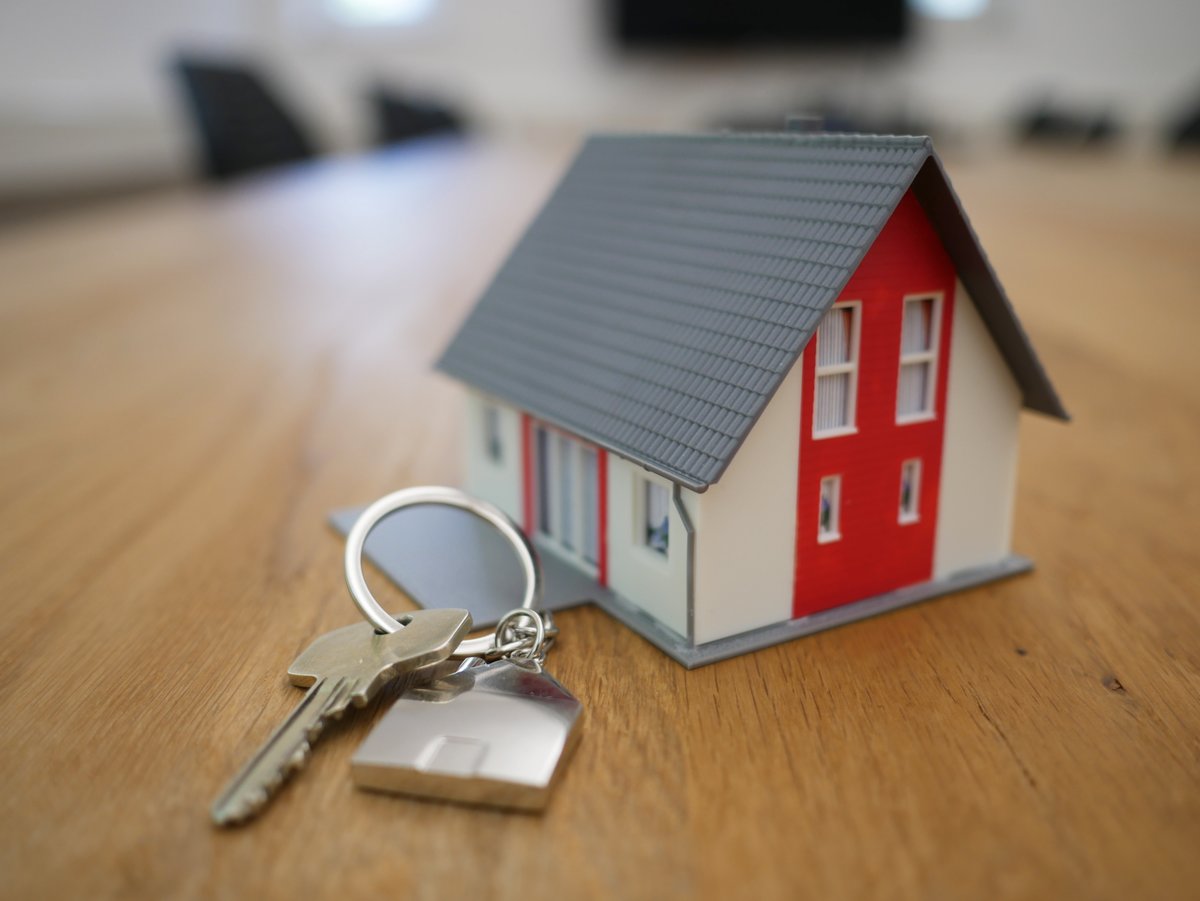 Get started with Leafletdrop to try our targeting tool